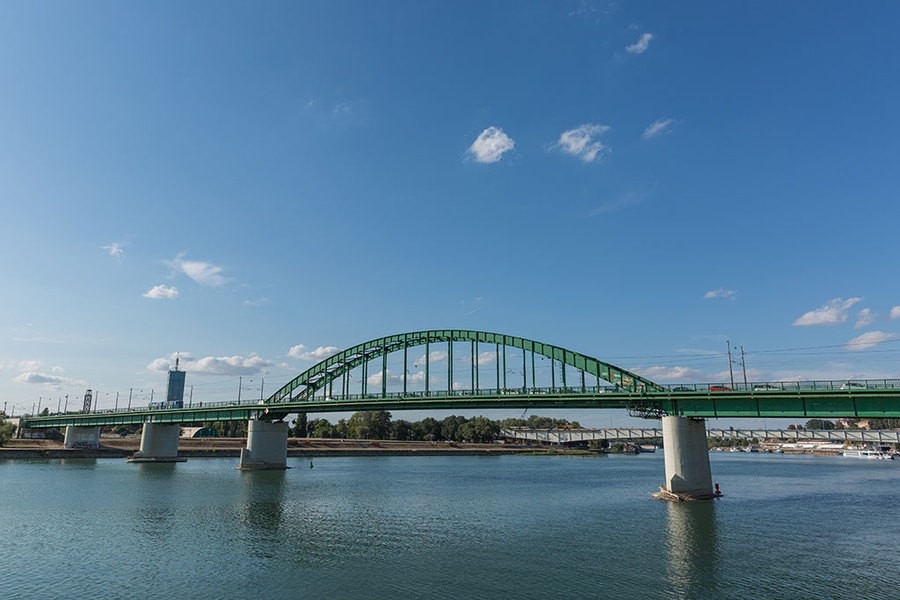 In recent years, it has been stated several times that the Old Sava Bridge will be demolished and replaced with a new one. Although there is still no definitive solution for the bridge, there is a temporary one that the main city urbanist Marko Stojčić is talking about.

"The construction of the Old Sava Bridge will be divided into parts and temporarily moved to the left bank of the Danube on a city plot located along the river, so it will be possible to be transported by boat until it is decided exactly what will happen with that construction," Stojčić confirmed for Blic.

He could not specify exactly where that location is, but looking at the map of Belgrade, it could be somewhere in Borča or Krnjača.

As Stojčić explains, while the deconstruction is being done, it will be seen in what condition those parts of the bridge are, and then their fate will be decided, reports Blic.

"The plan is to start deconstruction during the summer, but it is still not defined exactly in which month. Simultaneously with the deconstruction, the preparatory works for the construction of the new bridge will begin", Stojčić points out.

He says that everything will be known more certainly after the schedule is defined, which should be completed by the end of this month.

In any case, Stojčić confirms that for a certain period, Belgrade will certainly have one bridge less, more precisely, until the construction of the New Sava Bridge is completed.

Let us remind that the Old Sava Bridge is the smallest traffic bridge in Belgrade, and it is only 430 meters long. What makes it special is its history. The heroic work of the Belgrade teacher Miladin Zarić makes that bridge different. He did not allow the occupier to overthrow him.

The bridge was built during the occupation in 1942 because the King Alexander Bridge was destroyed. During the withdrawal from Belgrade in 1944, the Germans wanted to demolish it.

From the window of his apartment in Karađorđeva Street, teacher Miladin Zarić watched for days as the Germans planted mines and studied how the cables connected the mines to the detonator.

When the Germans set off and crossed over to the side of today's New Belgrade, he climbed the bridge, took the ax and used it to break the already burning detonating wire.

However, the Germans did not give up their intention to demolish the bridge, so they tried to shoot at it from the other side in order to demolish it, but the Red Army managed to protect it, thus securing a crossing over the Sava.

After the war, because of his heroic deed, the brave teacher Zarić was decorated by the new authorities and appointed president of the Third Region.

However, his function and power did not spoil him, so, due to his personal disagreement with the confiscation of houses from the legal owners in Dedinje during the nationalization, he resigned from that position.

The old Sava bridge symbolizes heroism, the victory of the individual. He is a symbol of justice and courage. That bridge is a part of all of us, our common history.