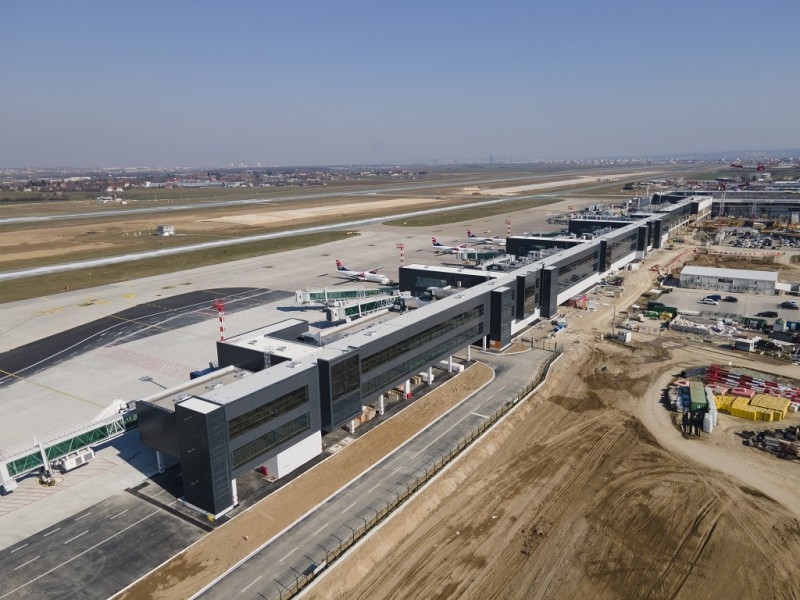 The newly built part of the existing terminal at the Belgrade Nikola Tesla Airport has been put into operation, thereby increasing the capacity of the airport, the comfort and the efficiency of passenger flows, the press release says.

With a total area of 13,600 m2, the new part of the terminal has an additional eight waiting rooms with jet bridges and 5 waiting rooms for aircraft boarding at separate parking positions, so the C side now features a total of 19 gates. 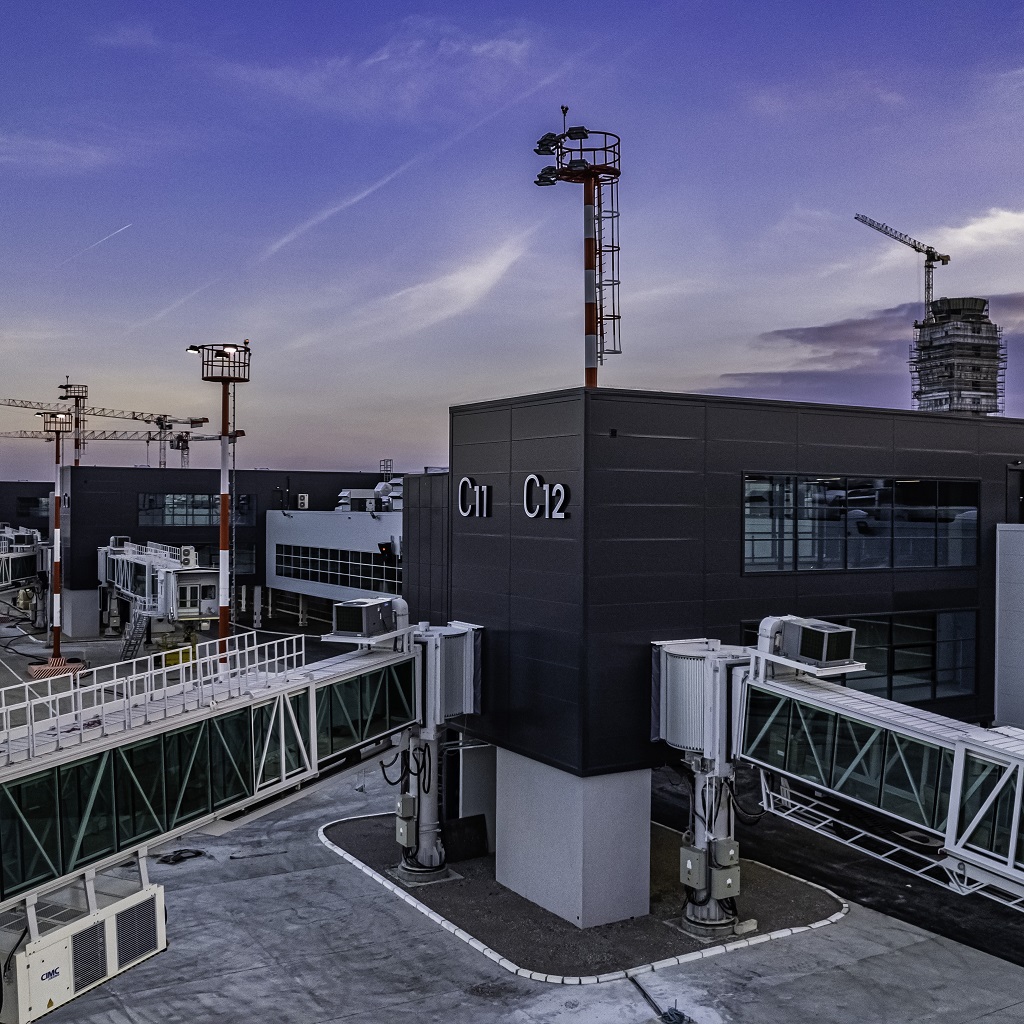 The newly built part of the terminal is designed in line with the standards of the parent company VINCI Airports, regarding the materials, the color palette, the system of tags, equipment and other architectural and interior design elements, it is added. In addition to the new part of the terminal, the first phase of the expansion of the accompanying platform of close to 27,000 m2 has been completed as well. Within it are four new parking positions, including one for wide-body aircraft, according to ekapija.com.

Thanks to the newly built part of the terminal, numerous new features are introduced to the Belgrade Airport for the first time: the concept of open-space waiting rooms is enabled through the creation of a new, centralized security control of passengers, which is now located in front of the existing passenger control spot, and the additional roof corridor in the new part enables the separation of incoming and outgoing passengers. Moving walkways have also been installed for a quicker and easier movement of passengers. 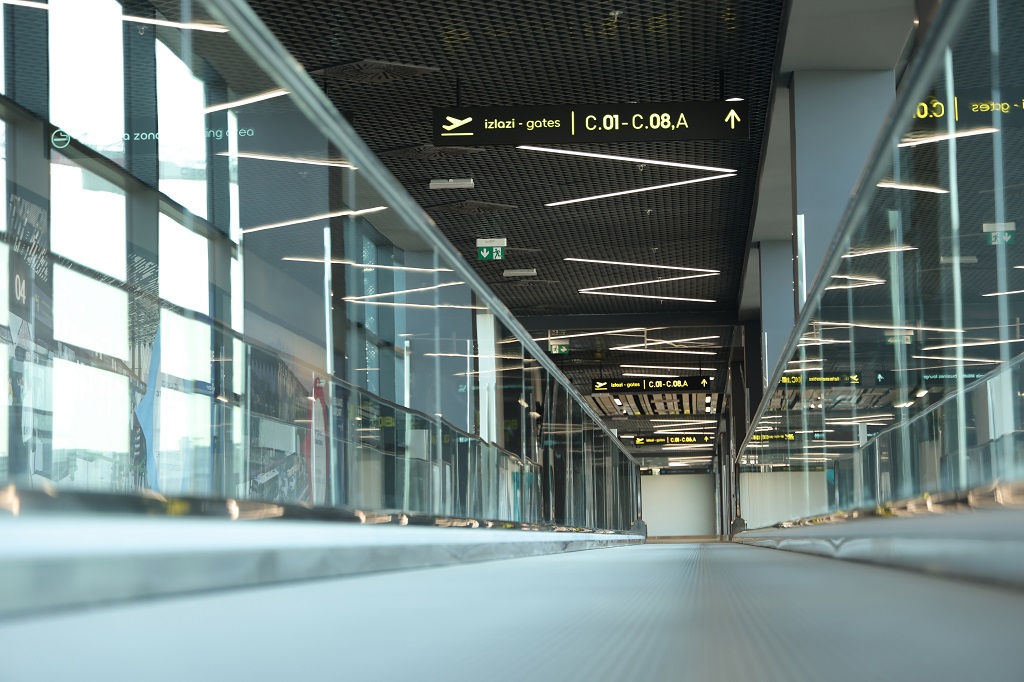 "With the opening of the new expansion of the terminal and the accompanying infrastructure, we will considerably improve the efficiency of our airport and raise the level of service for the passengers and the partner airline companies. The aim of the current project of modernization is for the Belgrade Nikola Tesla Airport to become a new regional transportation hub", said Francois Berisot, the CEO of the company BELGRADE AIRPORT, which manages the Belgrade Airport.

The expansion of the terminal building on the C side is part of the large project of reconstruction and expansion of the entire existing terminal building. The plan is to build more than 92,000 m2 of a new area, which will feature centralized security control, additional counters for flight registration, a range of new features for entertainment and relaxation of the passengers, as well as new hospitality and commercial spaces.

The whole concession project also places a strong focus on sustainable operations, in line with the policy of the company VINCI Airports, which aims to achieve zero greenhouse gas emissions by 2050 at all its airports worldwide, the press release says. 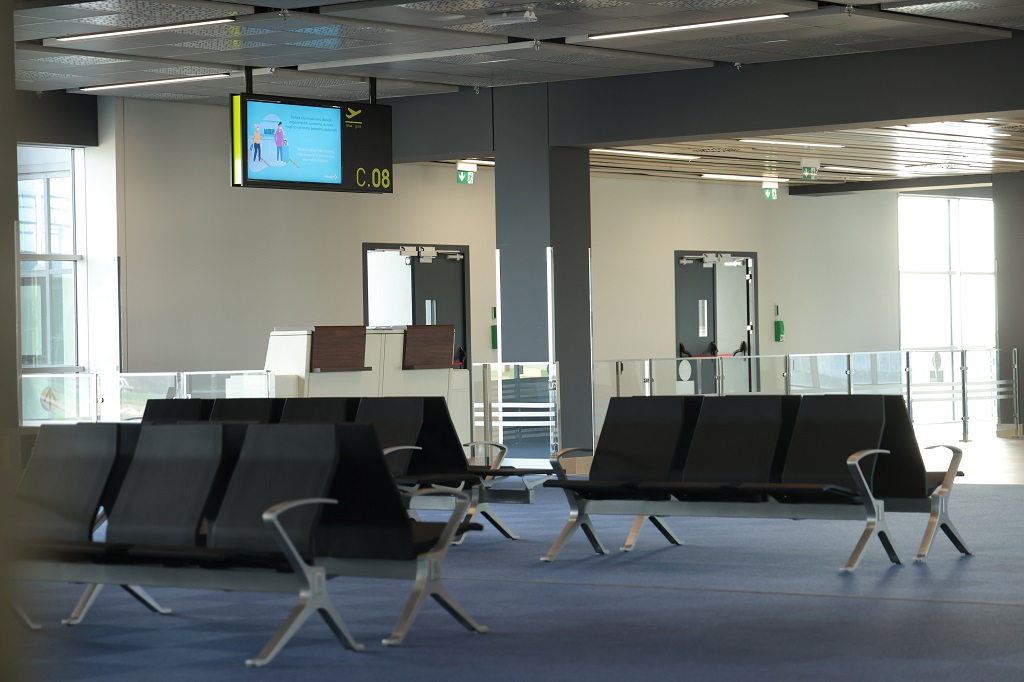 The construction works on the raising of the solar facility, which, upon being put into operation, will provide 1,200,000 kWh of pure energy a year (equivalent to the consumption of 80 households), have been completed as well. The aim of the solar facility is for the electrical energy produced from renewable energy sources to be used for the charging of electricity consumers within the airport complex. These solar panels with 3,000 photovoltaic modules are installed on a flat area of 15,000 m2.

In addition to these projects, VINCI Airports will complete the main modernization works by 2023, including the expansion of the passenger terminal, new access roads and parking areas, new jet bridges and waiting rooms, the construction of an inserted runway and the full renewal of the existing runway. The works will enable the achievement of the total service capacity of 15 million passengers a year by the end of the concession period in 2043.